For seven years prior to joining Jensen, Whitlock was manager of electronic development engineering for EMI/Capitol Records where he designed the XDR® high speed cassette duplicator electronics. He was project manager and system co-architect of their ultra-high performance "digital loop bin", which allowed high speed mass duplication of cassettes directly from digital masters.

From 1974 until 1981, he was chief engineer for Laser Images, Inc., producers of Laserium®, the laser light show. He designed the basic automated image generation and control system as well as several theater sound systems.

From 1972 until 1974, he was chief engineer for Quad-Eight Electronics where he conceived and developed Compumix®, a pioneering console automation system. Bill was interviewed for this job by Deane Jensen, who was leaving Quad-Eight to start Jensen Transformers, and their professional association continued for 17 years until Deane's death in 1989.

Whitlock holds two patents and is an active member of the Audio Engineering Society and the Institute of Electrical and Electronic Engineers. 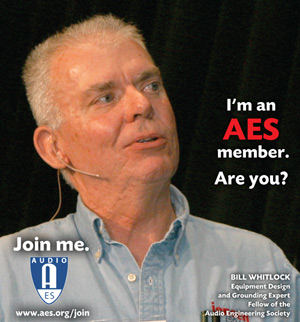 Do you have content or pictures, to add, of Bill Whitlock? Do you just want to say "Hello!"? Please feel free to Share it, here!

Return from Bill Whitlock to History of Recording - Homepage