Edward "Sonny" Stitt (February 2, 1924, Boston, Massachusetts – July 22, 1982, Washington, D.C.) was an American jazz saxophonist of the bebop/hard bop idiom. He was also one of the best-documented saxophonists of his generation, recording over 100 albums in his lifetime. He was nicknamed the "Lone Wolf" by jazz critic Dan Morgenstern in tribute to his relentless touring and his devotion to jazz. He is considered the greatest disciple of Charlie Parker. Although his playing was at first heavily inspired by Charlie Parker and Lester Young, Stitt eventually developed his own style, one which influenced John Coltrane. Stitt was especially effective with blues and with ballad pieces such as "Skylark".

Stitt was born in Boston, Massachusetts and grew up in Saginaw, Michigan. Stitt had a musical background; his father was a college music professor, his brother was a classically trained pianist, and his mother was a piano teacher. In 1943, Stitt first met Charlie Parker, and as he often later recalled, the two men found that their styles had an extraordinary similarity that was partly coincidental and not merely due to Stitt's emulation. Stitt's improvisations were more melodic/less dissonant than those of Parker. Stitt's earliest recordings were made in 1945 with Stan Getz and Dizzy Gillespie. He had also experienced playing in some swing bands, though he mainly played in bop bands. Stitt featured in Tiny Bradshaw's big band in the early forties. Stitt replaced Charlie Parker in Dizzy Gillespie's band in 1945.

Stitt played alto saxophone in Billy Eckstine's big band alongside future bop pioneers Dexter Gordon and Gene Ammons from 1945 until 1956, when he started to play tenor saxophone more frequently, in order to avoid being referred to as a Charlie Parker emulator. Later on, he notably played with Gene Ammons and Bud Powell.

Stitt, when playing tenor saxophone, seemed to break free from some of the criticism that he was imitating Charlie Parker's style, although it appears in the instance with Ammons above that the availability of the larger instrument was a factor. Indeed, Stitt began to develop a far more distinctive sound on tenor. He played with other bop musicians Bud Powell and Eddie "Lockjaw" Davis, a fellow tenor with a distinctly tough tone in comparison to Stitt, in the 1950s and recorded a number of sides for Prestige Records label as well as albums for Argo, Verve and Roost. Stitt experimented with Afro-Cuban jazz in the late 1950s, and the results can be heard on his recordings for Roost and Verve, on which he teamed up with Thad Jones and Chick Corea for Latin versions of such standards as "Autumn Leaves."

Stitt joined Miles Davis briefly in 1960, and recordings with Davis' quintet can be found only in live settings on the tour of 1960. Concerts in Manchester and Paris are available commercially and also a number of concerts (which include sets by the earlier quintet with John Coltrane) on the record Live at Stockholm (Dragon), all of which featured Wynton Kelly, Jimmy Cobb and Paul Chambers. However, Miles fired Stitt due to the excessive drinking habit he had developed, and replaced him with fellow tenor saxophonist Hank Mobley. Stitt, later in the 1960s, paid homage to one of his main influences, Charlie Parker, on the album Stitt Plays Bird, which features Jim Hall on guitar and at Newport in 1964 with other bebop players including J.J. Johnson.

He recorded a number of memorable records with his friend and fellow saxophonist Gene Ammons, interrupted by Ammons' own imprisonment for narcotics possession. The records recorded by these two saxophonists are regarded by many as some of both Ammons and Stitt's best work, thus the Ammons/Stitt partnership went down in posterity as one of the best duelling partnerships in jazz, alongside Zoot Sims and Al Cohn, and Johnny Griffin with Eddie "Lockjaw" Davis. Stitt would venture into soul jazz, and he recorded with fellow tenor saxophonist Booker Ervin in 1964 on the Soul People album. Stitt also recorded with Duke Ellington alumnus Paul Gonsalves in 1963 for Impulse! on the Salt And Pepper album in 1963. Around that time he also appeared regularly at Ronnie Scott's in London, a live 1964 encounter with Ronnie Scott, The Night Has A Thousand Eyes, eventually surfaced, and another in 1966 with resident guitarist Ernest Ranglin and British tenor saxophonist Dick Morrissey. Stitt was one of the first jazz musicians to experiment with an electric saxophone (the instrument was called a Varitone), as heard on the albums What's New in 1966 and Parallel-A-Stitt in 1967.

In the 1970s, Stitt slowed his recording output slightly, and in 1972, he produced another classic, Tune Up, which was and still is regarded by many jazz critics, such as Scott Yanow, as his definitive record. Indeed, his fiery and ebullient soloing was quite reminiscent of his earlier playing. He also recorded another album with Varitone, Just The Way It Was - Live At The Left Bank in 1971 which was released in 2000.

Stitt joined the all-star group Giants of Jazz, which also featured Art Blakey, Dizzy Gillespie, Thelonious Monk, Kai Winding and bassist Al McKibbon) and made albums for Atlantic Records, Concord Records and Emarcy Records. His last recordings were made in Japan. In 1982, Stitt suffered a heart attack, and he died on July 22.

Below is a collection of “Sonny Stitt” sessions that took place at Sound Exchange Studios, NYC during the 1960’s and 1970's. Another prime example of Recording Art! Foundational text courtesy of Wikipedia. All photos courtesy of Chris and Phyllis Juried. 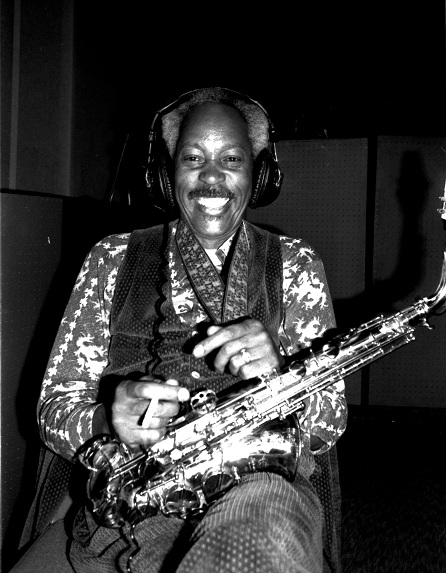 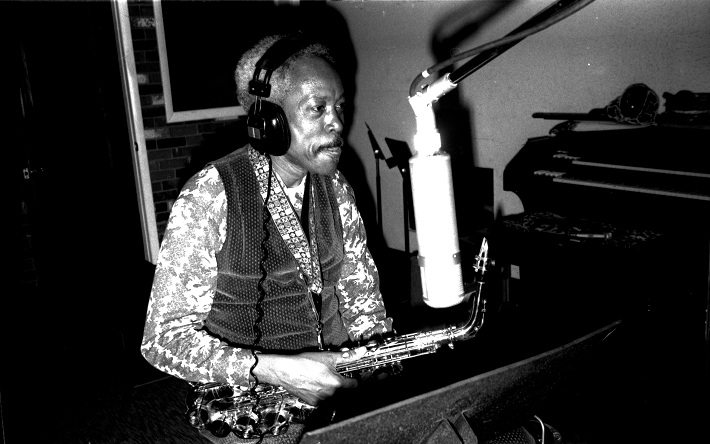 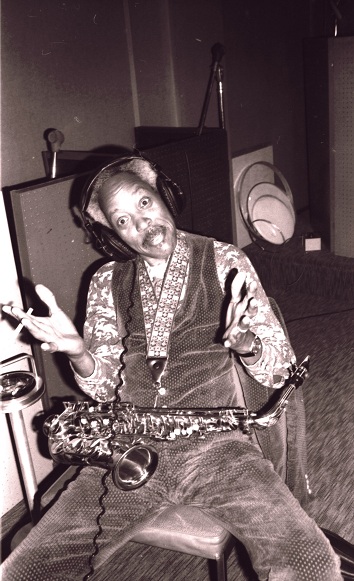 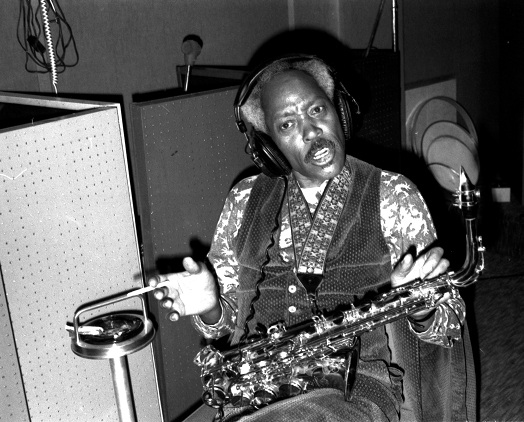 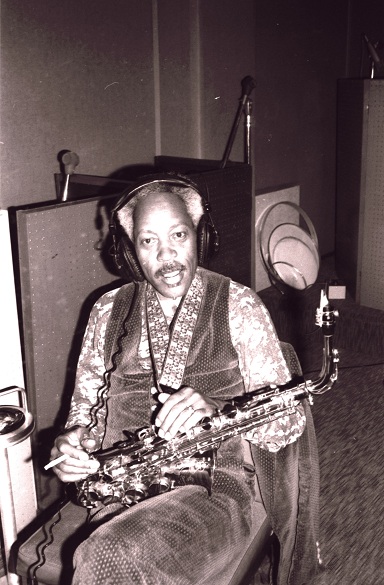 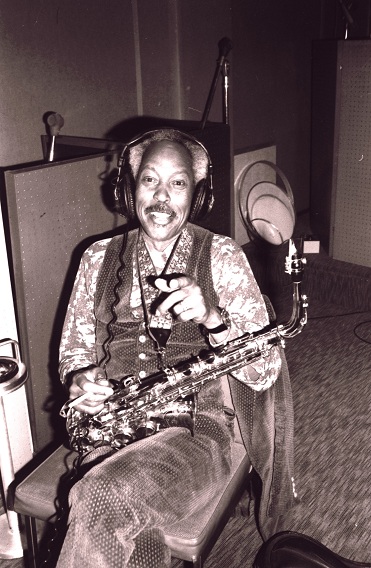 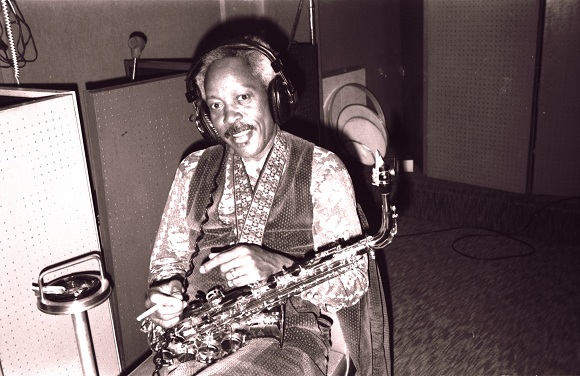 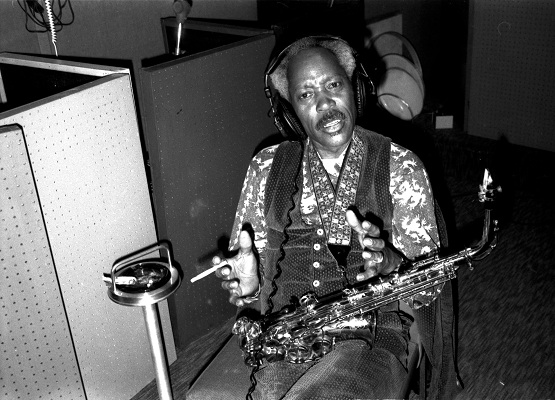 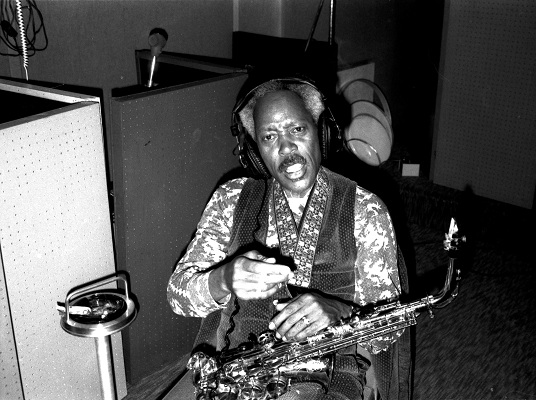 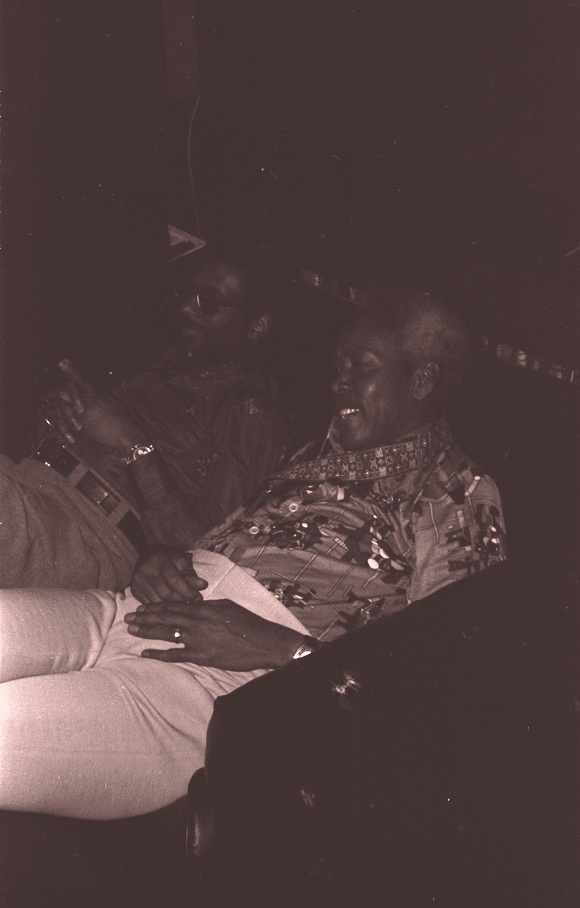 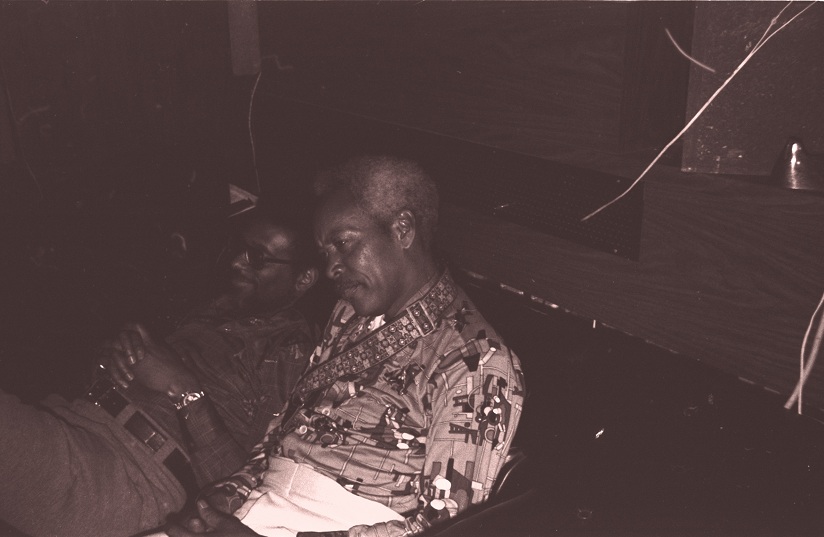 Do you have content or pictures, to add, of Edward "Sonny" Stitt? Do you just want to say "Hello!"? Please feel free to Share it, here!

Return from Edward "Sonny" Stitt to History of Recording - Homepage