Glen Kolotkin was awarded a Grammy for Santana's "Supernatural" and has over 20 gold and platinum albums to his credit. Glen has spent the last thirty-five years recording a myriad of artists who have helped to change the course of music. In addition to recording nine albums with Carlos Santana, he hit records such as "I LOVE ROCK & ROLL" By Joan Jett & The Blackhearts "ELECTRIC LADYLAND" By Jimi Hendrix and "Pearl" by Janis Joplin, just to name a few.

Currently Glen is in a documentary called "Rock And a Hard Place" Broadway shows "1776", "Cabaret" "George M" "Dear World", Illia Darling" Films "The Fillmore The Last Days" and a book titled "If These Halls Could Talk". 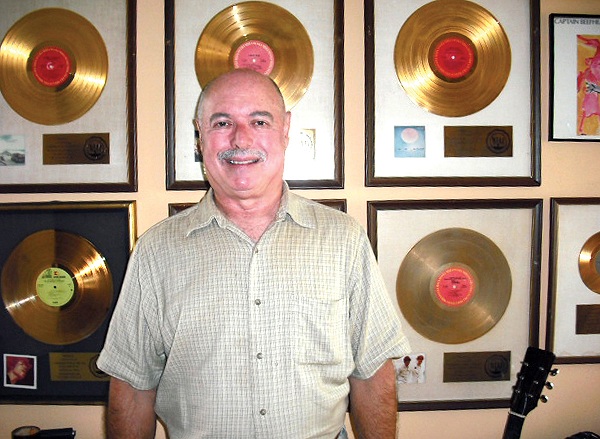 Glen Kolotkin at home with his beautiful collection of Gold Discs. 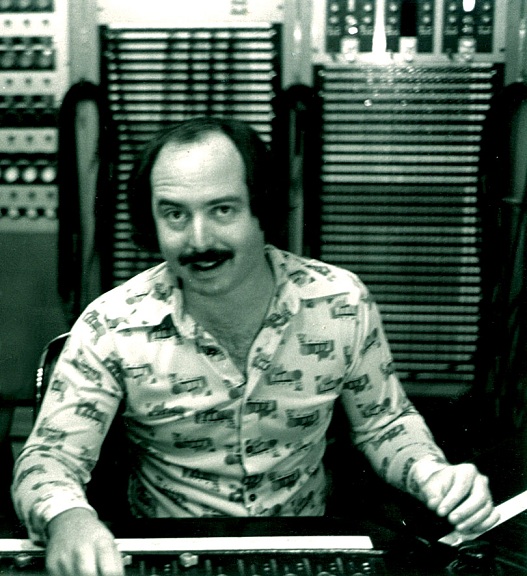 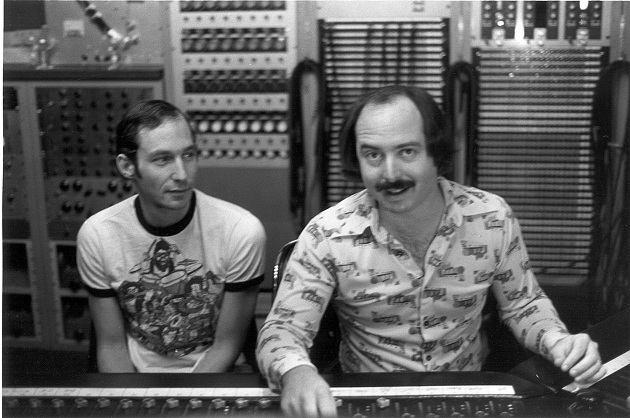 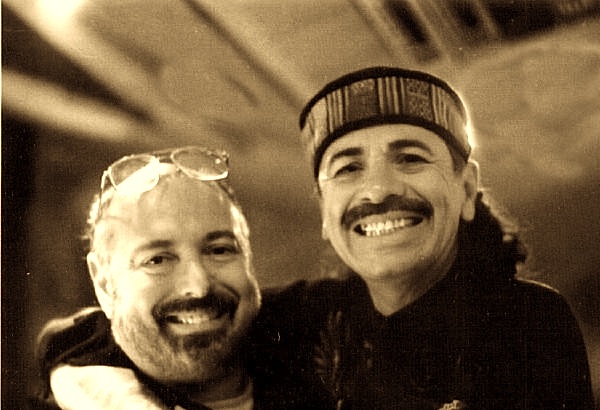 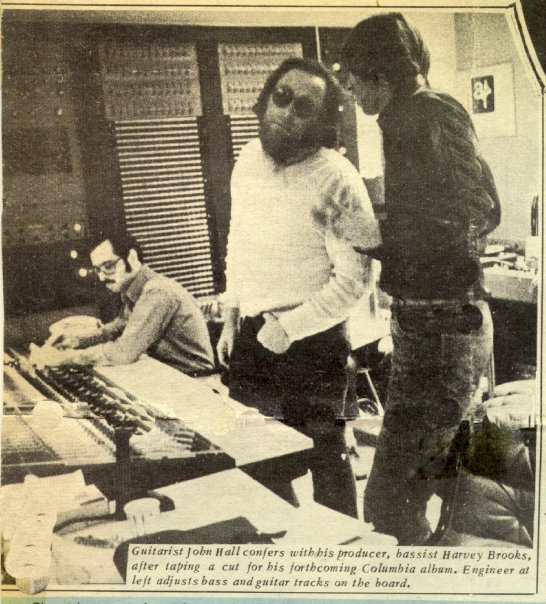 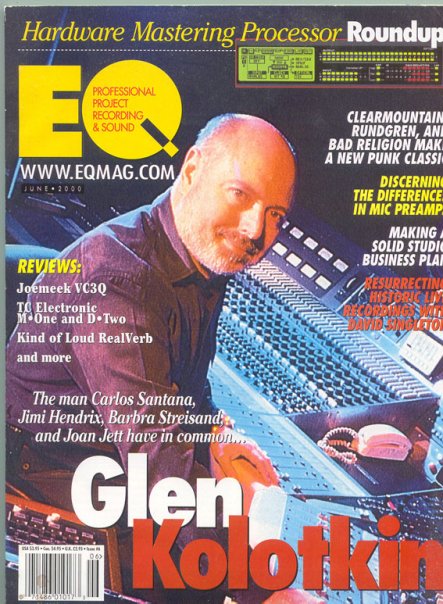 Glen Kolotkin on the cover of EQ Magazine. 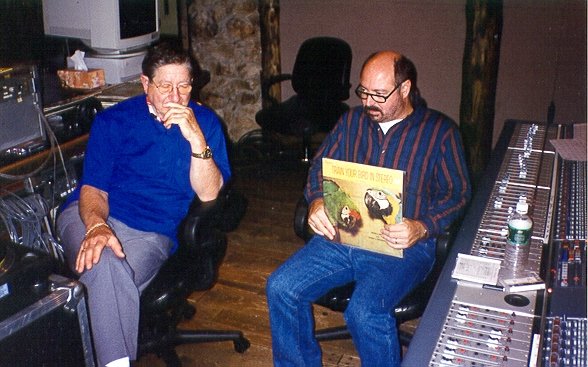 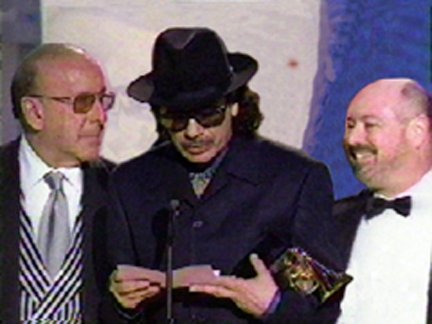 Do you have content or pictures, to add, of Glen Kolotkin? Do you just want to say "Hello!"? Please feel free to Share it, here!

Return from Glen Kolotkin to History of Recording - Homepage