Message Board - Judy Worth Friedsam

I was always a musician, writer first and foremost but in the early 70's there seem to be very few, if any, really good female drummers so I thought if I weazled my way into the recording studio, I might land a good or steady gig. Eventually I landed many wonderful gigs as a musician but until that happened, I decided to study audio engineering as a 2nd choice as I felt at least I would be part of the music industry on some level.

I went to and graduated from "The Institute of Audio Research" in 1972 (dating myself now). Studied with Albert Grundy and John Woram. After this I still had a tough time trying to break into the industry as a professional recording engineer... Always a love and fascination for recording gear, I wound up working for Eventide Clockworks for a while. They manufacturer top of the line recording and performing digital audio special effects equipment if you are not familiar. I was able to use the upstairs studio at Eventide,"Sound Exchange" for my own original music after hours and in the interim learned hands on more about the workings of audio engineering than I really did at The Institute of Audio Research where there it was more of the technical stuff and little hands on (until John Woram took me with him to RCA to watch & help him on a project). I met Skip & Phyllis Juried at Sound Exchange. Skip would often allow me to hang out while he worked...hense the photo of me above with the clipboard taking notes...

After working at Eventide and learning hands on at Sound Exchange, I met a neighbor of mine, few doors down from my apartment, who was looking for a babysitter. Who I wound up babysitting for was Eddie Germano and his two kids. (his son Troy today heads up Germano Studios in NYC and Janice, Eddie's widow I believe runs Hit Factory in Miami) Eddie purchased the famed "Hit Factory" from Jerry Ragovoy in 1975...right around the time (give or take) I left Eventide. I spent lots of time at the Hit Factory thanks to Eddie and learned more there about the art of recording and the industry in general, not to mention I met a plethora of musicians and artists. From there I did a bit of freelance engineering (Planet Sound NYC) but eventually started getting more and more gigs offered to me as a musician so that's the route I eventually took.

I come from a musical family... My Dad played woodwinds and played with many of the big bands in the 30's,40's, & 50's (Jimmy Dorsey, Abe Lieman, Vincent Lopez, Eddie Duchin, to name a few before having his own orchestra at the Hotel Pierre in NYC for 22yrs. My Mom was raised by songwriter Benny Davis (My Little Margie, Baby Face) and my brother played with several artists (Janis Joplin, Judy Collins, Tim Buckley, etc...after founding his own group, Ars Nova in the mid 60's) and I went on to doing a bit of studio work...several recording sessions with local artists in NYC...before going out on the road playing with local artists...i.e. Les Fradkin, Red Hook, Three Penny Opera, Mike Heaphy and High Lonesome,etc... Played with artists such as Don Cherry, Ron Carter, Steppenwolf, and Richard Davis.

Today I compose ambient and new age music in my home computer based studio...and that's enough mixing, and patching for this gal! 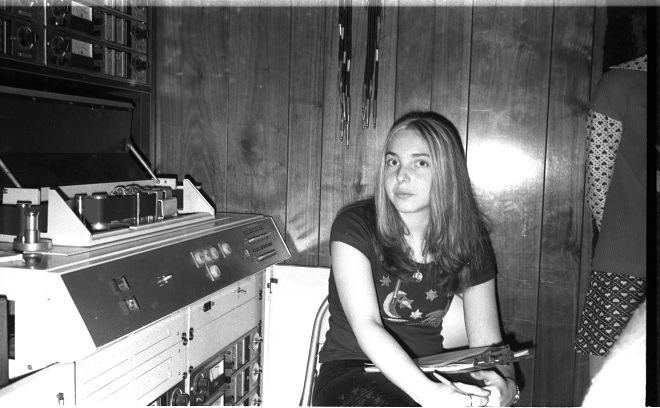 - Judy Worth Friedsam sitting in front of an MM-1000 at Sound Exchange Studios New York, NY - Circa early 1970's - Photo Courtesy of Chris and Phyllis Juried 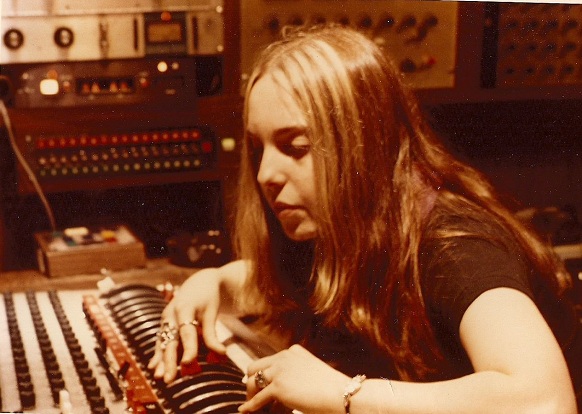 Write about Judy Worth Friedsam

Do you have content or pictures, to add, of Judy Worth Friedsam ? Do you just want to say "Hello!"? Please feel free to Share it, here!

What other Visitors have said about Judy Worth Friedsam!

I was always a musician, writer first and foremost but in the early 70's there seem to be very few, if any, really good female drummers so I thought if …

Return from Judy Worth Friedsam to History of Recording - Homepage