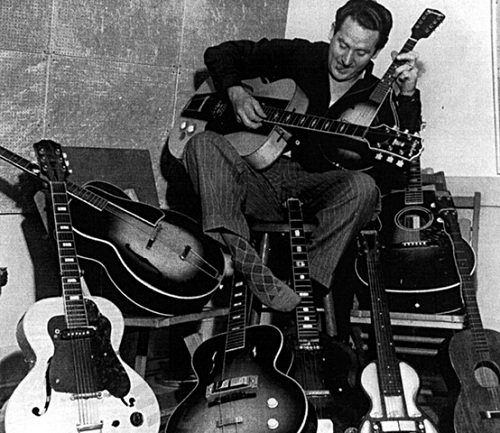 Lester William Polsfuss (June 9, 1915 – August 12, 2009) known as Les Paul—was an American jazz, country and blues guitarist, songwriter and inventor. He was the inventor of the solid-body electric guitar which made the sound of rock and roll possible. He is credited with many recording innovations. Although he was not the first to use the technique, his early experiments with overdubbing (also known as sound on sound), delay effects such as tape delay, phasing effects and multitrack recording were among the first to attract widespread attention. 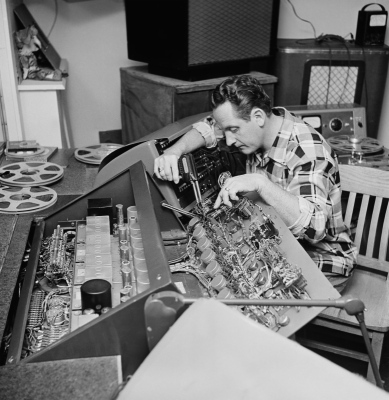 His innovative talents extended into his playing style, including licks, trills, chording sequences, fretting techniques and timing, which set him apart from his contemporaries and inspired many guitarists of the present day. He recorded with his wife Mary Ford in the 1950s, and they sold millions of records. Among his many honors, Paul is one of a handful of artists with a permanent, stand-alone exhibit in the Rock and Roll Hall of Fame. He is prominently named by the music museum on its website as an "architect" and a "key inductee" along with Sam Phillips and Alan Freed. 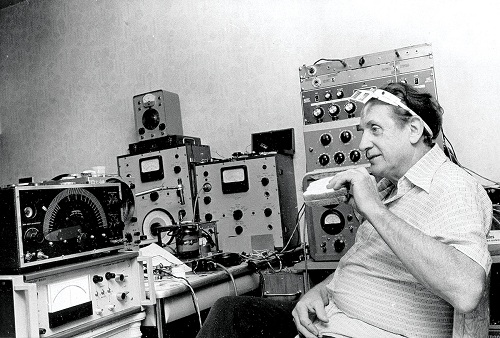 Paul had never been happy with the way his records sounded. During a post-recording session talk with Bing Crosby, the crooner suggested Paul try building his own recording studio so he might be able to get the sound he wanted. At first Paul discounted the idea only to give it a few more minutes thought before deciding Crosby was right. Paul started his own studio in the garage of his home on Hollywood's North Curson Street. The studio drew many other famous vocalists and musicians who wanted the benefit of Paul's expertise. The home and studio are still standing, but both had been moved to Pasadena at some point after Paul no longer owned the home. 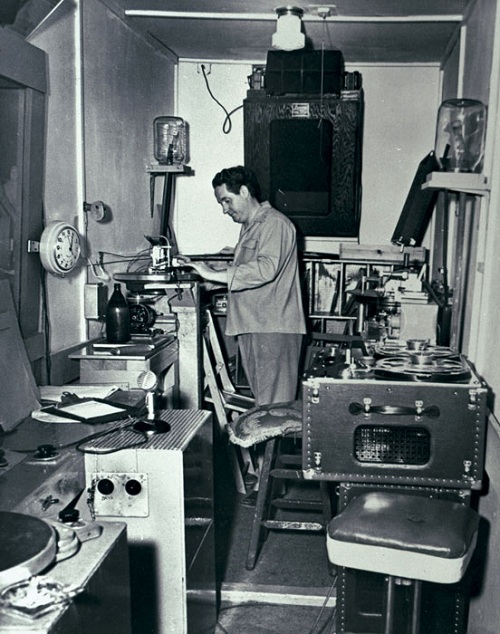 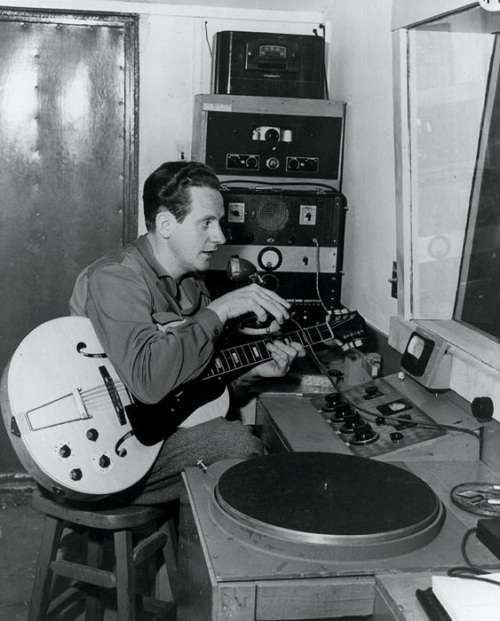 Paul even built his own disc-cutter assembly, based on automobile parts. He favored the flywheel from a Cadillac for its weight and flatness. Even in these early days, he used the acetate-disk setup to record parts at different speeds and with delay, resulting in his signature sound with echoes and birdsong-like guitar riffs. When he later began using magnetic tape, the major change was that he could take his recording rig on tour with him, even making episodes for his fifteen-minute radio show in his hotel room. He later worked with Ross Snyder in the design of the first eight-track recording deck (built for him by Ampex for his home studio.)

Electronics engineer Jack Mullin had been assigned to a U.S. Army Signal Corps unit stationed in France during World War II. On a mission in Germany near the end of the war, he acquired and later shipped home a German Magnetophon (tape recorder) and fifty reels of I.G. Farben plastic recording tape. Back in the U.S., Mullin rebuilt and developed the machine with the intention of selling it to the film industry, and held a series of demonstrations which quickly became the talk of the American audio industry. 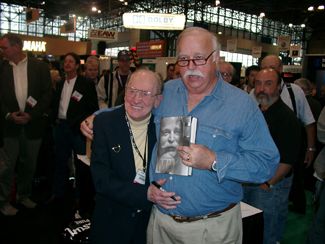 Within a short time, Crosby had hired Mullin to record and produce his radio shows and master his studio recordings on tape. Crosby invested US$50,000 in a Northern California electronics firm, Ampex. With Crosby's backing, Mullin and Ampex created the Ampex Model 200, the world's first commercially produced reel-to-reel audio tape recorder. Crosby gave Les Paul the second Model 200 to be produced. 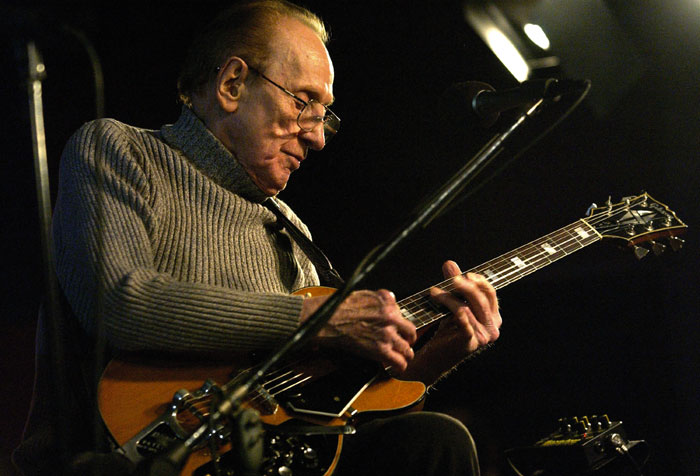 Les Paul bought the first Ampex 8-track recorder in 1957. Rein Narma built a custom 8-channel mixing console for Les Paul. The mixing board included in-line equalization and vibrato effects The recorder was named "the octopus" and the mixing console was named "the monster". The name octopus was inspired by W. C. Fields who was the first person Les Paul played a multi-track recording to. Upon hearing the recording W. C. Fields said: 'My boy, you sound like an octopus. 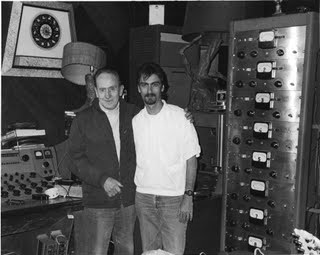 Do you have content or pictures, to add, of Les Paul? Do you just want to say "Hello!"? Please feel free to Share it, here!

What other Visitors have said about Les Paul!

Wrong Model Tape Recorder? Not rated yet
Story goes, Les invents sound-on-sound by installing an extra head on the Ampex Model 200a that Bing Crosby gave him. Problem is.... every picture of the …