The modular packaging and design of the JH-24 Series multitrack recorders facilitate system upgrading and compatibility with a variety of tapes and tape formats. Conversion kits, containing heads and tape roller guides, adapt the two inch 16 or 24 track versions to a one inch 8 track format. Eight and 16 track versions expand to 16 and 24 track machines; cabinets can be ordered pre-wired for future expansion. Torque limit switches on the transport adjust the reel motor torque, allowing a wide range of sizes and tape thicknesses to be used.

The compatibility of the JH-24 is further enhanced by its equalization standard switching capability. Switches on the Record/Cue and Reproduce Modules allow alignment to either the NAB or lEC equalization.

JH-114 Tape Transport
Tape motion for the JH-24 multitrack is performed by the JH-114 Tape Transport. The JH-114 is a highly reliable two speed, one or two inch tape transport. The standard operating speeds are 15 and 30 inches per second, derived from a stable 96 kHz crystal oscillator. A variable speed control can vary the pitch by 20% above or below the standard speeds, using an internal voltage controlled oscillator. Tape speed can also be controlled by and external source, such as MCl's AutoLocator III or JH-45 SMPTE/EBU AutoLock.

The JH-24 uses servo controlled dc motors to precisely control the tape speed and tension. A phase lock loop servo locks the capstan motor's speed to the selected reference. A constant ten sion servo system regulates the torque applied to the reel motors, keeping the tension uniform throughout the entire length of the tape at all tape speeds.

MCl's manual velocity control (MVC) touch sensitive joystick allows the operator to shuttle the tape at any speed up to the fast forward/rewind speeds. The direction and speed of the tape is directly related to the position of the Joystick.

Audio Electronics
The JH-24's record/reproduce electronics are packaged in three rollout drawers located below the tape transport. Each drawer contains complete audio electronics for eight channels. Channels 1 through 8 are located in the left drawer, channels 9 through 16 are in the center drawer, and channels 17 through 24 are in the right drawer. These drawers slide out from the cabinet for easy access to the equalization and level adjustments.

The equalization networks not only provide the proper amplitude response in accordance with either the NAB or IEC specifications, but also compensate for phase errors normally introduced by these networks. The phase integrity of the Record/reproduce electronics gives the JH-24 and excellent square wave response which surpasses conventional equalization techniques. All the equalization and level adjustments on the record and reproduce modules are made via eighteen-turn potentiometers for accuracy and stability.

There are no transformers in the line input or line output amplifier circuits. Balanced amplifiers are used to provide greater noise immunity and lower distortion. Transformers have also been eliminated from the reproduce and record/cue head preamps.

MCl's QUIOR (QUiet Initiation Of Record) circuitry eliminates punch-in and punch-out noise. These delay and ramp circuits control the timing of the erase and bias signals to prevent clicks and pops from being recorded onto the tape when switching into or out of record mode.

Remote Control Unit
The remote control unit attaches to the JH-24 transport via a 35 foot cable harness. Longer cable lengths are available. Motion control switches on the remote duplicate the functions of the switches on the transport. The monitor input and record ready status for each channel are also controlled from the remote unit. The remote unit mounts on the JH-22 stand which also supports the optional AutoLocator III.

Power Supplies
Operating voltages for the JH-24 multitrack are provided by two power supplies mounted at the bottom of the cabinet. Each power supply is housed in its own chassis. The JH-24D supplies power to the audio electronics; the JH-114PS supplies power to the transport and to the AutoLocator III if used. Various input voltage ranges are easily selected by the fuse plug for worldwide operation.

Photos and foundational text courtesy of Larry Lamoray and Carla Harned, of MCI. 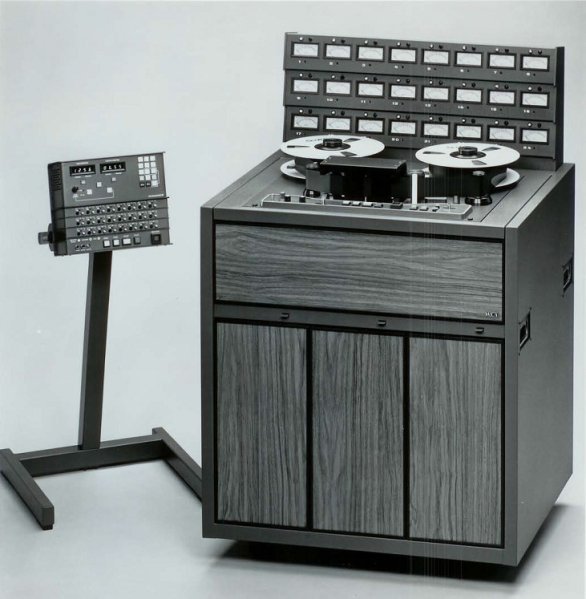 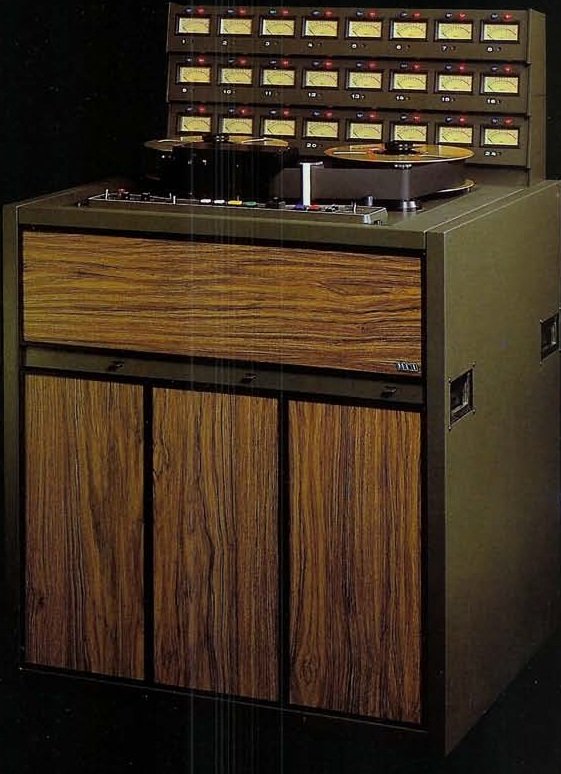 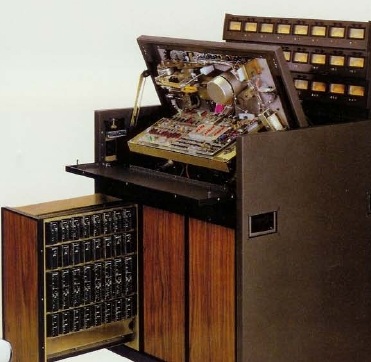 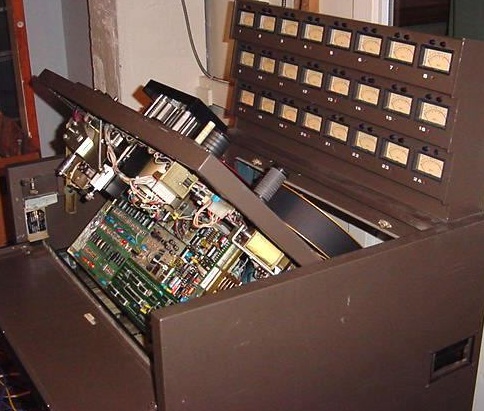 Do you have content, to add, about the MCI JH-24 Tape Machine or associated topics? Please feel free to Share it, here!