The M49 was a multipattern large-diaphragm tube microphone with an important new innovation: the mic’s pickup pattern could be adjusted remotely, by a dial on the power supply.

Another new innovation was that the mic maintained nearly equal sensitivity and output level across patterns — unlike the U-47, for example, which was 5dB hotter in Cardioid than Omni.

Neumann built various versions over the years. The first M49 was built during 1949 and used the M7 capsule, which was also used in the U47.
In 1951 the omni version M50 came in production, first with a similar goldplated PVC capsule as the M7, (KK50).

Both microphones used the MSC2 vacuum tube. Neumann replaced this tube after 1954 with the low noise Telefunken triode AC701k for the M50 and after 1960 for the M49. 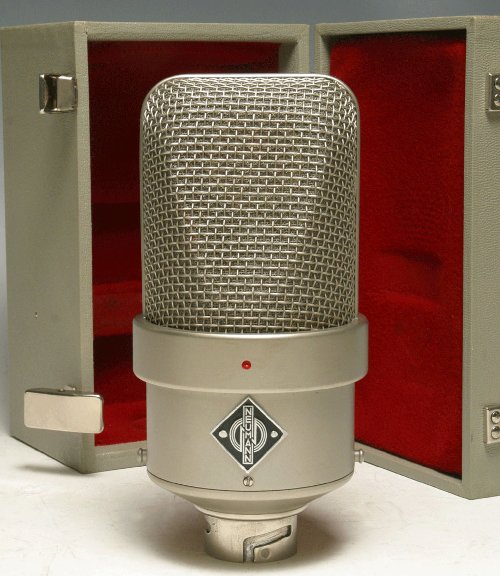 With the change to the new AC701k tube, Neumann also changed the capsule in the M49 to the PE/goldplated diaphragm and in the M50 to a rather unusual aluminium diaphragm capsule (KK53) and than later, in 1965 also to the PE/Gold diaphragm (KK83).

Do you have content, to add, about the Neumann M49 Microphone or associated topics? Please feel free to Share it, here!