Eight-channel and 24-channel recorder/reproducer systems are available on special order. Any machine may be converted to an alternate configuration (e.g. 16 to 24-channel) by installing a conversion kit. The MM-1100 provides the capability of recording on any or all 16 channels simultaneously, or of monitoring a previously recorded channel while recording in synchronization on additional channel(s). The selective synchronization (SEL SYNC*) feature is enabled by using the record head(s) of the prerecorded channel as playback head(s). 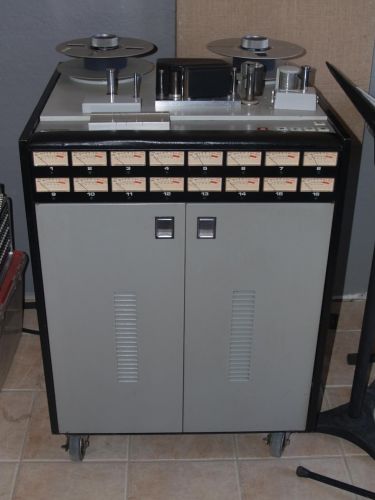 Do you have content, to add, about the Ampex MM-1100 Tape Machine or associated topics? Please feel free to Share it, here!