The Ampex MM-1200 is capable of operating in any of three speeds; i.e., 7-1/2 in/s, 15 in/s and 30 in/s. When the associated PWA is properly strapped, any two adjacent speeds are front-panel selectable by means of a high/low speed switch. NAB and IEC (CCIR) equalization capabilities are also provided. 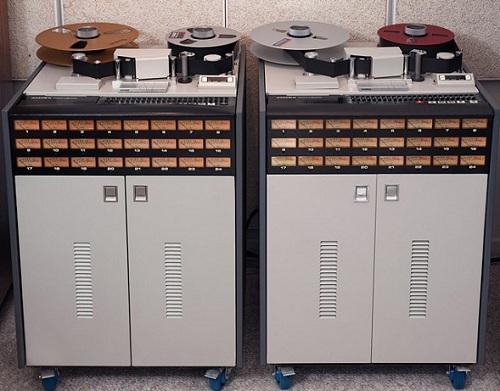 Do you have content, to add, about the Ampex MM-1200 Tape Machine or associated topics? Please feel free to Share it, here!