Robert John "Bob" Gaudio (born in the Bronx, New York on November 17, 1942) is an American singer, songwriter, musician, and record producer, and the keyboardist/backing vocalist for The Four Seasons.

He shot to musical fame at the age of 15 as a member of the Royal Teens when he co-wrote the hit "Short Shorts". In 1958, while he and the group were promoting the single, they met Frankie Valli and his group The Four Lovers as they prepared to perform on a local television program. Shortly afterwards, he left the Royal Teens as he was getting tired of touring; the group dissolved shortly afterwards. (Another member of the Royal Teens became a notable star on his own afterwards: Al Kooper.) One year after he "retired" from touring, Gaudio joined The Four Lovers. While commercial success was elusive, the group was kept busy with steady session work (with Bob Crewe as the producer) and a string of performances at night clubs and lounges.

In 1960, after a failed audition at a Union Township, Union County, New Jersey, bowling establishment, songwriter/keyboardist Gaudio shook hands with lead singer Valli and formed the Four Seasons Partnership, and Gaudio, Valli, Tommy DeVito and Nick Massi became the Four Seasons. Gaudio wrote the Seasons' first #1 hit, "Sherry," 15 minutes before a group rehearsal in 1962. With producer Bob Crewe often assisting with lyrics, Gaudio wrote a string of subsequent hits for the Seasons, including "Big Girls Don't Cry," "Walk Like a Man," "Dawn (Go Away)," "Ronnie," "Rag Doll," "Save It for Me," "Big Man in Town," "Bye Bye Baby," "Girl Come Running," "Beggin'," and "Can't Take My Eyes Off You" (the first big success under Valli's name as a "solo artist"). Crewe/Gaudio compositions also became major hits for other artists, including The Tremeloes ("Silence Is Golden," originally the B-side of The Four Seasons' "Rag Doll") and The Walker Brothers ("The Sun Ain't Gonna Shine Anymore," originally recorded by The Four Seasons as a Valli "solo" single).

"Rag Doll" is regarded by many as the greatest achievement of the Four Seasons. The story behind the origin of the song has been told many times. Gaudio was on the way to a recording session and his car was stopped at an extremely long traffic light in Hell's Kitchen. Often, kids would wash the car windows during the long waits and ask for some change. In Gaudio's case, a scruffy little girl washed his window. When Gaudio went to give her change, all he had was a $10 bill. After a moment's hesitation, he gave her the bill because he had to give her something. The astonished look on her face stayed with him and inspired the subsequent song.

After The Beatles' Sergeant Pepper's Lonely Hearts Club Band album was released in June 1967, Gaudio saw the pop music market changing, and sought to position the Four Seasons into the trend of socially conscious music. One night he went to The Bitter End in Greenwich Village and saw Jake Holmes performing. Gaudio was taken with Holmes' song, "Genuine Imitation Life", and decided to base a Four Seasons album upon it. With Holmes as his new lyricist, The Genuine Imitation Life Gazette album was released in January 1969. The album was a commercial failure and symbolized the end of the Four Seasons' first period of success. But appreciation of The Genuine Imitation Life Gazette has grown over the years, and it was re-released on CD (minus the newspaper cover) in the 1990s by Rhino in the US and Ace in the U.K. Gaudio and Holmes also wrote and produced Frank Sinatra's 1969 album Watertown.

In 1975, Gaudio wrote "Who Loves You" and "December 1963 (Oh, What A Night)" with his future wife Judy Parker. The songs became big hits for a reconstituted Four Seasons group (only Valli was left of the original lineup; Gaudio stopped touring with the group in 1971 to concentrate on writing and producing for the group and for others). The 1960–1965 Four Seasons membership were inducted into the Rock and Roll Hall of Fame in 1990.

In addition to his work for the Seasons and Sinatra, he wrote and/or produced for Nancy Sinatra, Diana Ross, Michael Jackson, Barry Manilow, Eric Carmen, Peabo Bryson and Roberta Flack. In particular, he produced six complete albums for Neil Diamond, and the movie soundtrack albums for Diamond's The Jazz Singer and Little Shop of Horrors. Gaudio also produced the mega-hit "You Don't Bring Me Flowers" for Barbra Streisand and Neil Diamond, a duet that reached the top of Billboard Magazine charts in 1978, for which he received a Grammy nomination. In the 1990s Gaudio moved to Nashville and produced recordings for Canadian country artist George Fox, among others. He lured Neil Diamond to Nashville to record the album Tennessee Moon.

In recent years Gaudio has focused on musical theater, writing the music for the 2001 London production of Peggy Sue Got Married. Gaudio was instrumental in mounting Jersey Boys, a musical play based on the lives of The Four Seasons, which ran at the La Jolla Playhouse through January 2, 2005 and then opened on Broadway on Nov. 6, 2005 to mostly positive reviews. In 2006, the play won four Tony Awards, including Best Musical. In 2007, it won a Grammy Award in the Best Musical Show Album category. In Jersey Boys, credit is given to a then-teenaged Joe Pesci for introducing Gaudio to Tommy DeVito. DeVito's name was subsequently procured for Pesci's Academy Award winning character from Goodfellas. 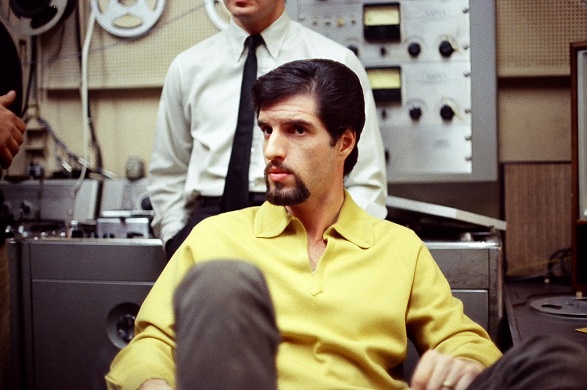 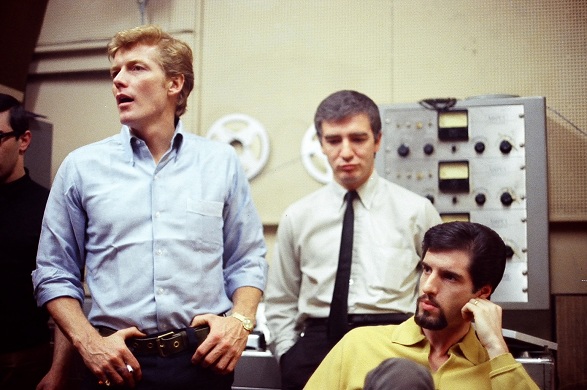 Do you have content or pictures, to add, of Bob Gaudio? Do you just want to say "Hello!"? Please feel free to Share it, here!

Return from Bob Gaudio to History of Recording - Homepage