"20 or so years ago, my father who was the concertmaster at the time of the Syracuse New York Symphony Orchestra. The orchestra was going to make a recording with this respected jazz pianist. The recording was going to take place, at the recently refurbished, Carnegie Hall. Columbia Masterworks, was producing this recording.

The Columbia folks utilized an empty room used for choral rehearsals I think as their control room. I would have thought that there would have been a specific type of control room space somewhere in the Carnegie Hall building but there wasn't at the time.

Columbia brought in both their custom-made remote recording console which had been modified many times over as the years went on to accommodate larger multi-track recordings.

They brought in 2 Ampex MM 1000, 16 track machines. No noise reduction. They also utilized upwards of 30 Neumann microphones. I really remember wondering why any symphony orchestra would need 30 microphones?

All of these CBS Masterworks engineers were really old union guys. The guy who was doing the recording looked like he must have been between 65-70 years of age?

At one point, a break was called. The recording engineer and I stayed in the makeshift control room/choral rehearsal space. They had a closed-circuit television link to this stage. At one point the A-2 (assistant audio engineer and MIC placer. At this time in the mid-1980s, they did not use wireless intercoms. They had what we also used at NBC-TV called a "ring down". This is simply a standard telephone at this stage and one in the control room. You merely need to pick up one phone to make the other phone at the other end ring. The intercom phone is sitting right next to the elderly engineer and it begins to ring. I look up at the black-and-white monitor and I could see the A-2 looking at the camera with the phone up to his ear.

The recording engineer who is sitting there and just hobbling around lets the phone ring. The phone has now rung 10 times when I finally tapped him on the shoulder and told him the phone is ringing. He looked very surprised and thanked me as he picked up the phone.??? This guy is the recording and mixing engineer and he can't hear the phone ring? Oh my...

Then I asked him, "I do plenty of recordings at the Kennedy Center concert Hall in Washington DC and I don't use 30 microphones. And you've got three microphones left, center and right sitting in those audience seats. Aren't those good enough to make this recording with in Carnegie Hall?" The engineer lights up and tells me "we really don't use those 30 microphones. Most of them are just there for highlights and some solos. You want to hear those three microphones sitting in the audience? Wait till you hear this!"

So even though I don't think he could hear the phone ring anymore, just listening to those three microphones was one of the most glorious sounds I have ever heard. He told me those three microphones will be the primary part of the recording. And for that they needed (2) 800 pound Ampex 16 track machines for. Wow. And I think there was too much ambient room and HVAC noise to hear any hiss off the tape."

Share your stories of Columbia Studios, NY at the bottom of this page! 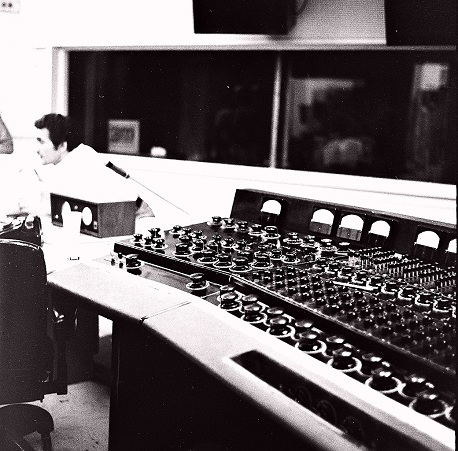 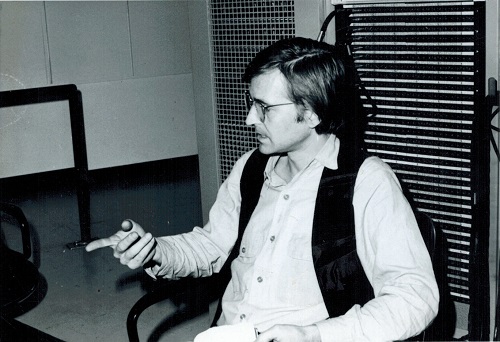 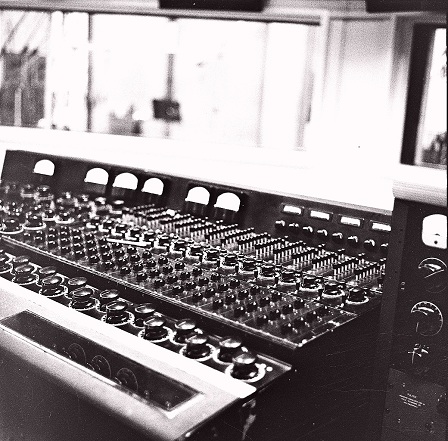 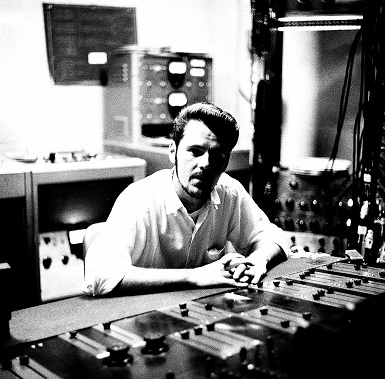 Do you have a great story about Columbia Studios New York, NY

Do you have a great story, to add, about Columbia Studios New York, NY or associated topics? Please feel free to Share it, here!

What other Visitors have said about Columbia Studios New York, NY

Great day at the studio Not rated yet
This is a picture of me doing a session there sometime in the fall of 1973. Mike Guaragna

Remixing for digital re-release. Not rated yet
I remixed almost all of the Cleveland Orchestra and many of the Philadelphia Orch. cds. When I remixed the Mozart violin concertos with Isaac Stern, The …

Carnegie Hall - Acoustics Not rated yet
I had a client (in the nineties) who had a home studio in his apt in NYC - upper west side? He had an AMPEX 1200 and a Tascam 3500 mixer. Irrelevant …

Broadway Performer Not rated yet
I remember recording a couple of Broadway cast albums at Columbia 30th Street Studio in the late 1960's and early 70's. It was also known as The Church. …


Return from Columbia Studios New York, NY to Recording Studios and their History