All performance characteristics of the Ampex Model 300 Magnetic Tape Recorder equal or exceed the standards of the NARTB (National Association of Radio & Television Broadcasters). All Ampex audio recorders reproduce a tape frequency characteristic which has been accepted as standard by the NARTB.

For the Ampex Model 300, Harold Lindsay designed the mechanical part and Frank Lennert designed all of the electronicsincluding the record/playback electronics.

Harold designed a new head that, when compared to the one for the 200A, was less expensive, performed better and was more uniform from head to head.

The new head made tapes more easily interchangeable from machine to machine than was possible between 200A recorders. The first production Model 300 was shipped in late spring, 1949.

A 15/30 ips version, the Model 301, was introduced shortly after that. The 300 transport became the platform for many versions of both audio and instrumentation recorders. Overall about 20,000 of these transports were produced. 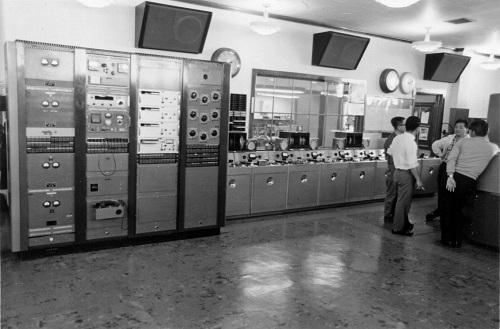 Tapes were not interchangeable between the 200A and the 301 due to several factors. First, the tape on the 200A had the oxide facing outward, whereas on the 301 it faced inward. Second, the record equalization was different, and the 301 was designed to use 3M 111 (again, the 200A used the 3M RR/112 tape). It became embarrassing that the Model 301 had better frequency response, lower noise, and lower flutter than the 200A. Sales of the Models 300 and 301 quickly outstripped those of the 200A, which was soon phased out; in the end, a total of 112 Model 200A recorders were manufactured and shipped. 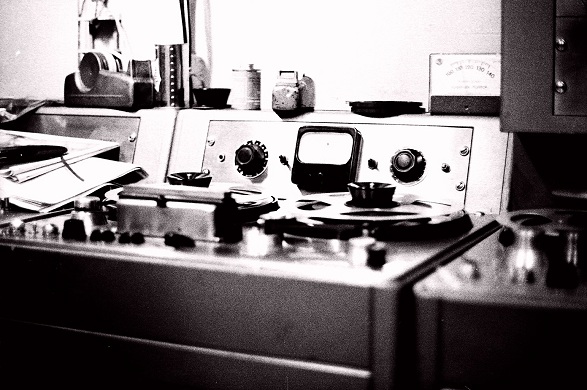 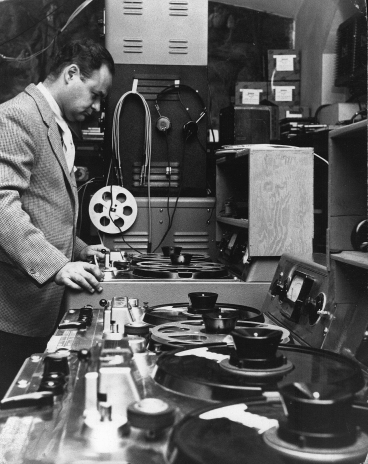 Dave Sarser checking out one of the three Ampex 300 Consoles he installed in the Toscanini Studio in the basement of Villa Pauline in Riverdale. Photo and text courtesy of Jim Reeves. 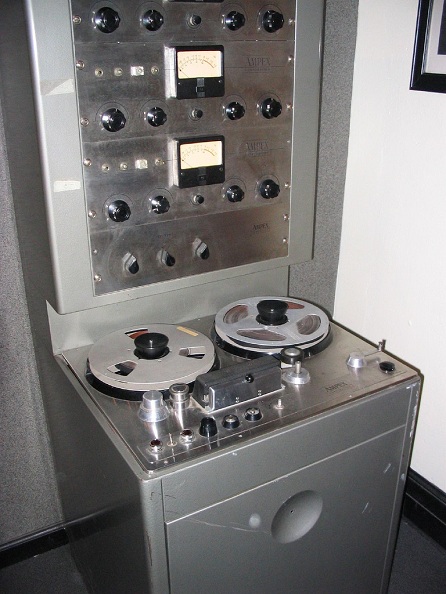 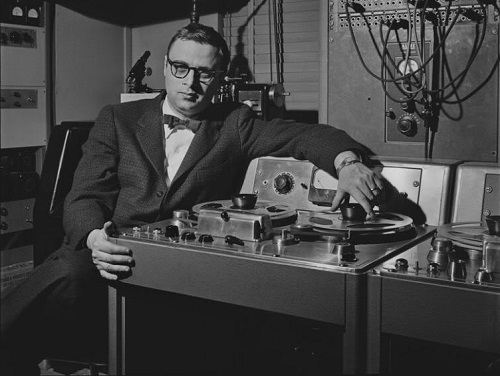 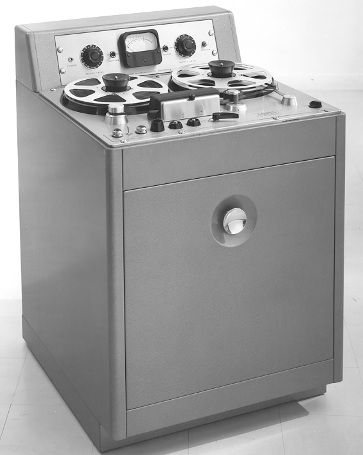 Do you have content, to add, about the Ampex Model 300 Tape Machine or associated topics? Please feel free to Share it, here!

In the late 70s I maintained the tape recorders for the A/V and Language Labs at the Boston area universities. A friend asked me to come to the home of …

When I was working for RCA off of 24th Street in the City, I used to use these decks on a daily basis for years after years with great stability. Great …

My last two years of high school were in La Cañada, California, 1973-1975. They had a 10 watt FM radio station equipped with old equipment donated from …

Studio Owner Not rated yet
I Have acquired a Ampex 300 1 inch deck 8 Track. Just transport port and cabinet. How rare is this?Was it modified? Chuck E Bumps

Producer Not rated yet
Several years ago I was in Memphis, Tennessee and stopped by the old Sun Recording studio, sitting there was this 4 track Ampex machine that I was told …

Return from Ampex 300 Tape Machine to History of Recording - Homepage